The original whitepaper for Bitcoin, the first cryptocurrency, pioneer of blockchain technology, and world-changing concept, stated the intention very clearly: Bitcoin meant a digital alternative for cash. Eleven years later, however, Bitcoin is still everything but cash (for most).

Bitcoin, for some, is a long-term investment. For others, it is a highly-volatile financial instrument or a concept that represents an ideology of decentralisation. There is, however, a fourth category: Those that believe in the original idea of cryptocurrencies as digital, borderless, permissionless alternatives to money.

To talk about the daily effort of creating an ecosystem where everyday payments happen thanks to cryptocurrencies and the blockchain, we invited Nick Jones, CEO and Founder of Zumo, a UK-based fully decentralised mobile wallet and payments platform. Zumo’s mission is “to democratise the access to crypto and normalise it by making it useful in everyday situations,” making Nick the ideal person to explain how crypto payments are to happen, and what has, so far, stalled this process. 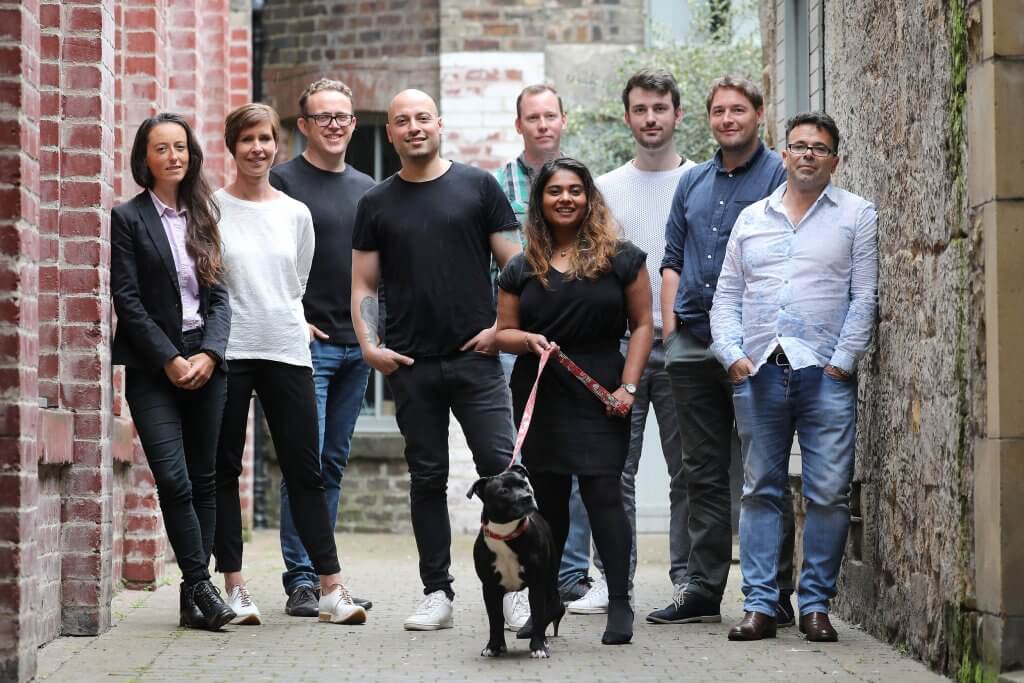 Nick Jones (CEO, third from left to right) with the rest of the Zumo team in Edinburgh.

It is no surprise to hear that, for most people, cryptocurrency is still an obscure, complex concept that, despite being more cost-efficient than its traditional alternatives, is still unknown or avoided by most. However, for Nick, the barriers that separate cryptocurrency from mainstream use are not 100% about complexity. According to him, 60% out of the general population surveyed by Zumo in Scotland demonstrates at least a basic interest in learning, understanding, and using cryptocurrencies. Nick also cites the following factors as entry barriers for everyday citizens into the crypto space:

Crypto for traders vs crypto for savers 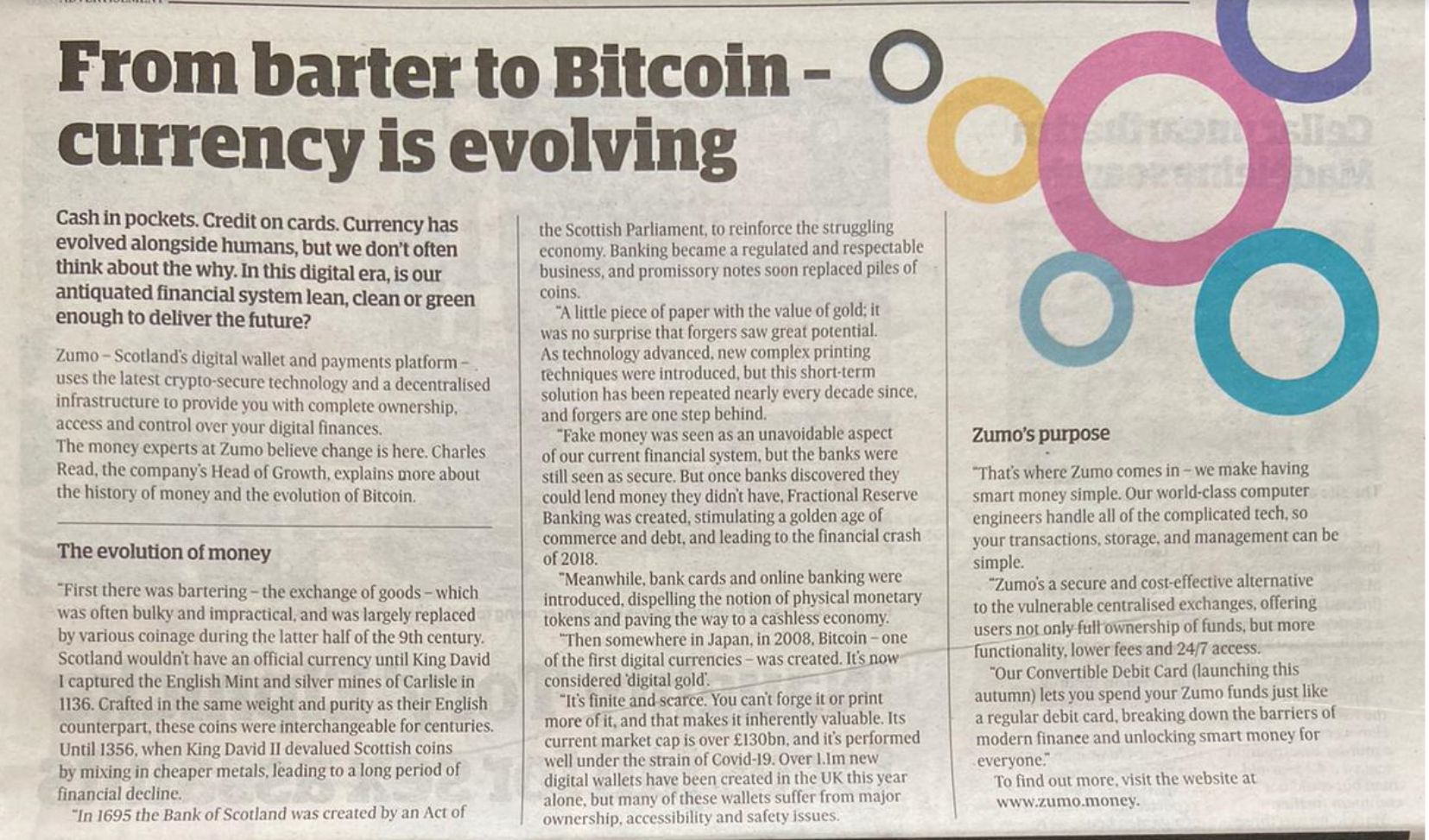 Zumo, surprisingly, found that local print media was better for driving adoption to their product than digital resources.

Another point that Nick stresses is that the adoption of cryptocurrencies as money does not often go hand in hand with their adoption as volatile instruments for traders. So, while prolonged periods of very low volatility can encourage adoption for payments, the more experienced users might be deterred by a lack of opportunities to cash out exciting trades.

Zumo’s CEO considers that being able to offer options for users to manage their money thoroughly, through “savings against Bitcoin”, “savings against Ether”, and stablecoin accounts, along with payments using well-known coins, will be vital to guarantee users’ future tranquillity. Crypto platforms, in this way, can present users with ways to engage in different levels of conservative or high risk-taking, within the same application they use for everyday transactions.

Growing a user base, day after day

As we finish this article, we can say that by researching adoption and everyday payments, we uncovered insights that can be useful for institutional investors looking into the crypto space. Some of these are:

To keep receiving stories such as this and access more content, please consider a free subscription to D-CORE’s platform!

Carlos Cano is D-CORE's Creative Lead and host of the Blockchain People podcast on D-CORE's platforms. He is a digital nomad and is responsible for all the creative materials you see from D-CORE. You can find him on Twitter.
August 19, 2020