Despite the years of FUD (Fear, uncertainty, and doubt), here is China back again trying to spread fear on the markets, in a moment that is certainly difficult for Bitcoin and the rest of the industry. However, there is good news for investors: this time, it seems that the statements from Beijing have not had as much impact as they previously had.

A recent meltdown in the global cryptocurrency industry has prompted fresh warnings in China that bitcoin’s value could fall much further and be worth nothing, as Beijing stepped up efforts to direct Chinese investors away from crypto-related activities.

This is a cycle that has repeated itself over the years – with the market beginning to suffer and then having the crash exacerbated by comments from the Chinese Communist Party. While this is more due to exercising control, it seems like things might go differently this time. 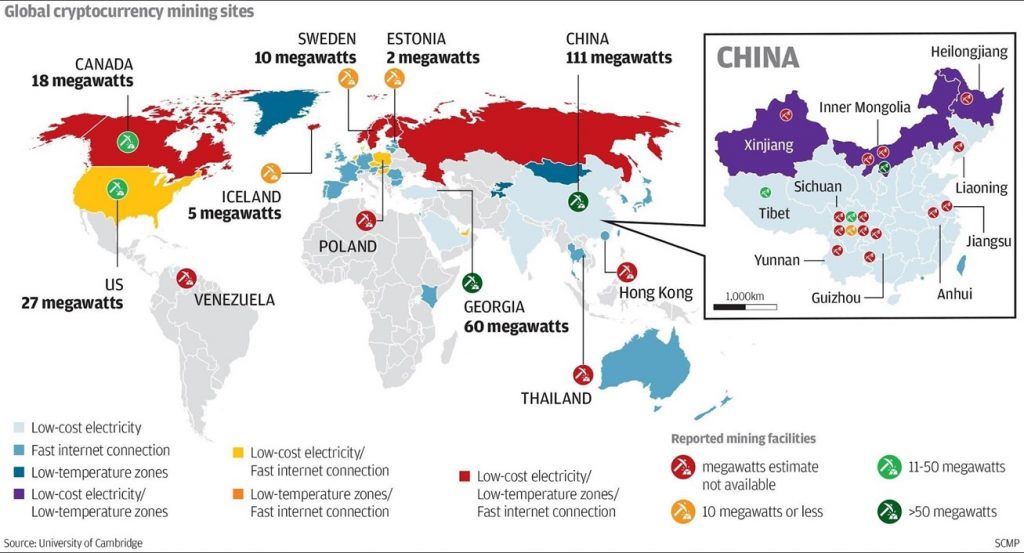 Having pointed out how Bitcoin prices are close to zero, the China Economic Daily, a newspaper under the control of the Communist Party, is trying to discourage those citizens who might decide to invest in Bitcoin.

Below is a summary of the Economic Daily article:
“Bitcoin is nothing more than a string of digital codes, and its returns mainly come from buying low and selling high. In the future, once investors’ confidence collapses or when sovereign countries declare bitcoin illegal, it will return to its original value, which is utterly worthless.”

The missing regulation in Western countries, such as in the United States, helped create a highly leveraged market that is “full of manipulation and pseudo-technology concepts”, the newspaper reported and described as “important external factor”, which has contributed to bitcoin’s volatility.

Looking back to last September, the Chinese government outlawed all digital currency activities including fundraising, trading and mining, mentioning concerns about their impact on the environment, as well as the possibility that they could be used for money laundering. The global market saw popular digital tokens lose more than half their value.

The Financial Regulatory Bureau of Shenzhen issued another warning on Tuesday, saying cryptocurrency trading and speculation cause financial order to be disrupted, reduce property security and breed criminal activity. It cautioned investors about being involved in illegal financial activities and to avoid being scammed.

Chinese regulators cited a notice published by China’s central bank in September last year which declared cryptocurrencies illegal, targeted offshore exchanges that had mainland Chinese users, and pledged to take action against citizens who engage in such illegal activities.

Despite that, crypto enthusiasts across China are known to have figured out ways to skirt restrictions and continue to operate underground. This prompted the southern province of Guangdong last week to pledge increased action against clandestine crypto-related activities.

Data from web analytics firm SimilarWeb shows that more than 9 percent of OKX’s desktop (one of the world’s largest cryptocurrency exchanges by trading volume) web traffic on Wednesday came from China.

Elsewhere, however, China’s comments on Bitcoin are having much less impact than they previously did. While it’s clear that the crypto market is suffering for the time being, it’s safe to say that most investors and enthusiasts don’t expect Bitcoin to go to zero any time soon.

Carlos Cano is D-CORE's Creative Lead and host of the Blockchain People podcast on D-CORE's platforms. He is a digital nomad and is responsible for all the creative materials you see from D-CORE. You can find him on Twitter.
June 28, 2022