The latest news that has been released by Glassnode seems to be encouraging and optimistic regarding the future of the market. Glassnode maintains its leadership as one of the major information hub centers, to better understand the on-chain world and how accounts with a huge number of bitcoins behave.

Glassnode, founded by Rafael Schultze-Kraft in 2017, is a crypto-analysis platform that supplies information by reading out the blockchains. The company builds up applications and models with the purpose of helping its users by giving them a lot of information that otherwise would be difficult to find anywhere else.

The latest data from Glassnode shows that investors in the Bitcoin market have recently shown strong accumulation behavior after a long period. According to what was reported in a video on the company’s website, in fact, the historical hodlers have increased their positions, in particular for wallets that have less than 100 bitcoins. This is a strong message that comes in one of the most difficult moments for the Bitcoin market which is giving some shy signals of recovery.

What can be deduced from the accumulation trend score, which is an index developed by Glassnode itself, is that this shows the behavior of those who accumulate Bitcoin but despite the regression—or perhaps thanks to it—they would have taken advantage of the very cheap prices on the market to put their hands on more coins, so as to increase their stack at half the price of the all-time high.

In this historical moment, the feeling that dominates people is a general fear, which can lead to conflicting behaviors. We can also say that despite the global economic uncertainty, the crypto market with its investments and investors is doing quite well. 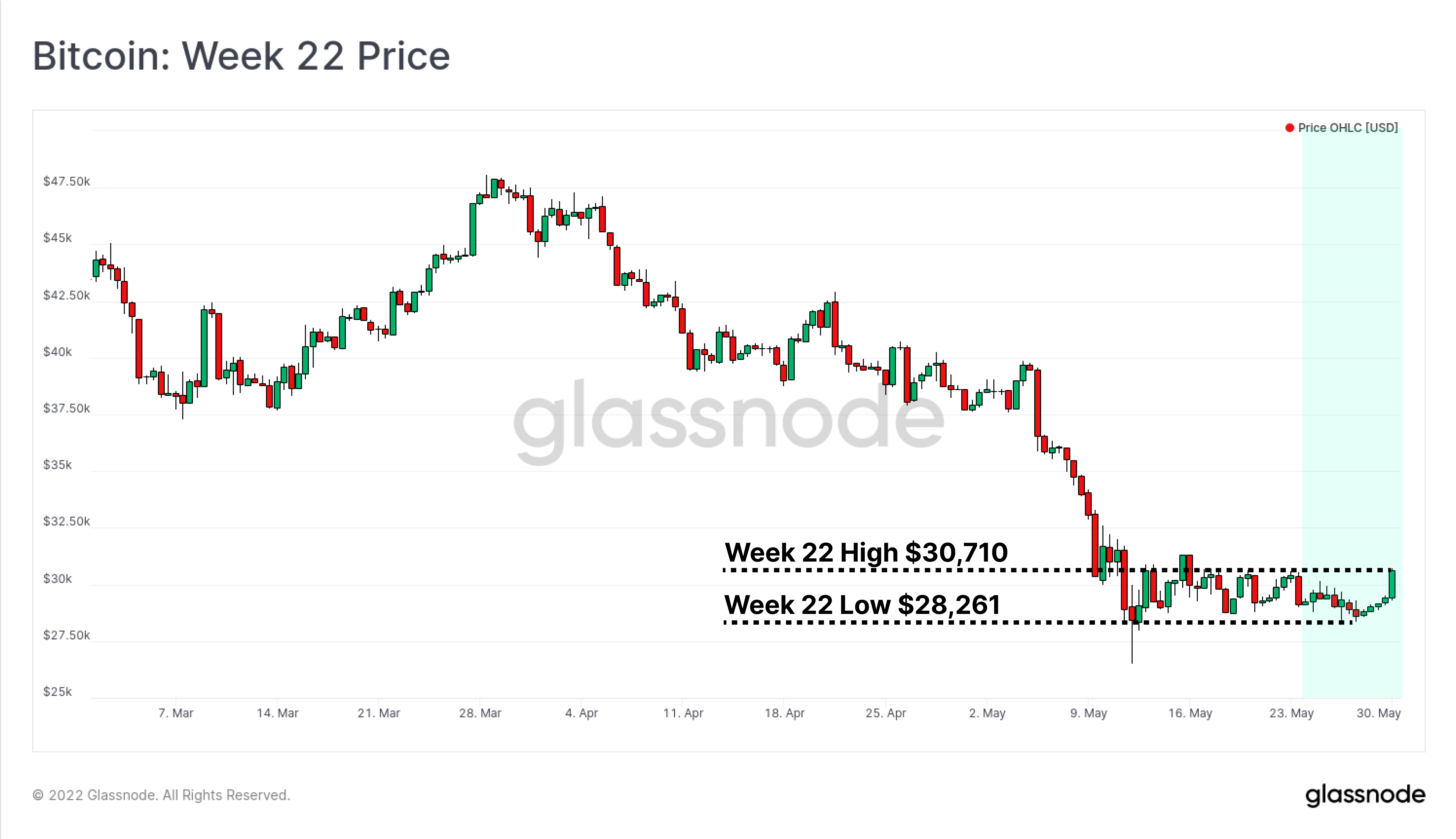 The collapse of UST and Luna probably represented a fundamental capitulation event, which triggered sale reactions and panic since the emotional orientation of traders is generally driven by fear and greed. One must remember that, historically, buying in price areas of extreme fear has been more profitable than selling or shortening in deep downturns.

However, the bottoming process after a major crash can take a long time to absorb all the negativity of the financial markets and recover. The cryptocurrency market now needs some stability after the collapse of Terra Luna. The collapse of the UST and Luna, in fact, was one of the biggest events in recent cryptocurrency history. This event represented a serious setback for investors, especially those who were keeping their savings in UST, and are now raising doubts about the other stablecoins as well.

Usually, after these big crashes, it takes some time for the market to stabilize and for investors to digest the news and the data. What we are seeing right now is mixed signals as the cryptocurrency market moves in sync with traditional finance, particularly with the major US equity indexes. And as a matter of fact, the traditional stock market is also moving in a bearish direction, with all the macro factors contributing to a historical moment of economic uncertainty. One of the few things that are not on the decline is the Bitcoin hodlers and long-term investors accumulating their coins despite the moment of crisis. Could this be a sign that we’re coming to the end of this crypto winter? Well, only time will tell.

Carlos Cano is D-CORE's Creative Lead and host of the Blockchain People podcast on D-CORE's platforms. He is a digital nomad and is responsible for all the creative materials you see from D-CORE. You can find him on Twitter.
June 6, 2022