If you are like most of us at the D-CORE remote office, you likely aren’t a fan of the current global regime of tech giants. Be it Twitter, Amazon, Facebook, Google, or even Tesla; they probably represent something that you’d rather see less of in the world. Oh, but do things change once their efforts move in line with our industry.

Then it becomes personal.

The purpose of this blog (and of D-CORE in general) is to get you away from the noise into the things that matter the most when it comes to finding the industry’s upcoming disruptors. Because of this, we want to talk about a topic that really matters to us: The interference of Big Tech companies, their influence within the ecosystem, and how their blockchain efforts might affect the industry.

One of the first episodes of our podcast featured ‘Dr Brian of London’, who is suing Facebook over 2017’s crash of the crypto market.

Through this article, we’ll review the latest news of these giants entering the industry (particularly Twitter and Tesla), and we’ll try and make sense out of their efforts. Hopefully, this will help us obtain a clearer view of how the future might look, and figure whether the likes of Elon (aka ElonDoge) Musk and Jack Dorsey are aiming to disrupt the blockchain scene for the better or worse. 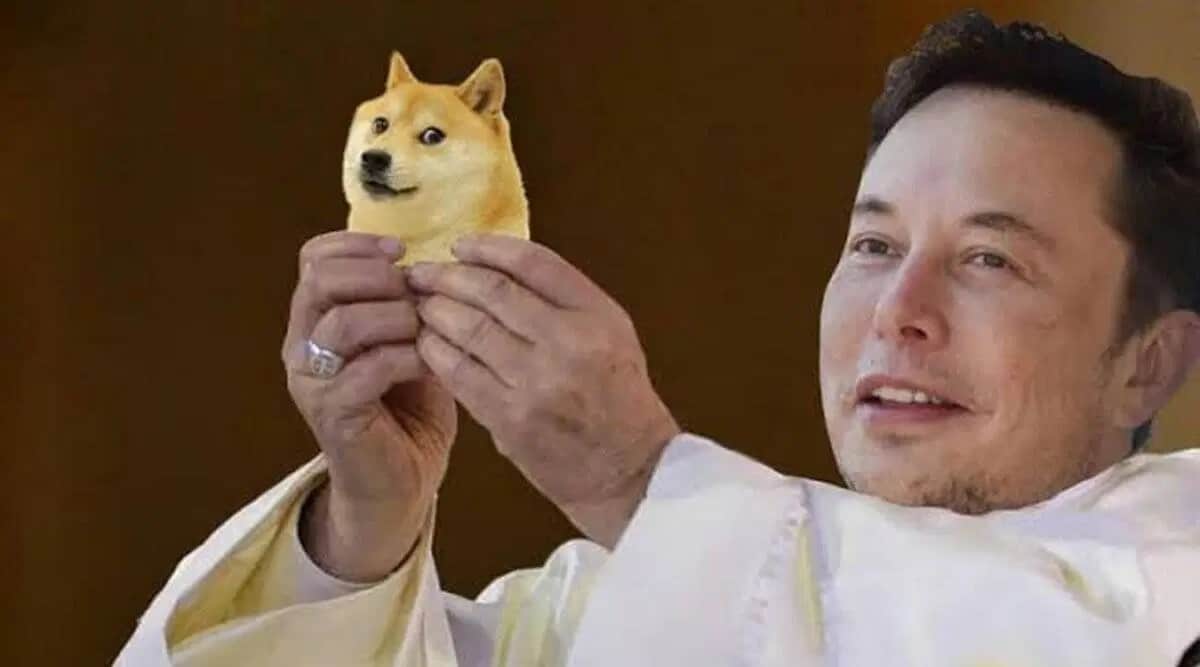 Have Elon Musk’s crypto charades gone too far? He certainly would not think so.

If you live above the Earth’s surface, you probably recall the whole Bitcoin-Tesla saga. If you don’t, we’ll summarize it for you. By announcing that Tesla would accept Bitcoin payments, Elon Musk generated a cascade of excitement. This enthusiasm bubbled to take the cryptocurrency to all-time highs, only for Elon to withdraw his Bitcoin offer citing the environmental hoax. Which, ultimately, led to Musk forming a miner alliance with the ultimate goal of promoting environmentally-conscious Bitcoin mining.

Well, that is now water under the proverbial bridge, and now Elon went on to new adventures. One of them involved him suggesting new applications for his favourite cryptocurrency, Dogecoin, which were quickly refuted by Ethereum’s creator, Vitalik Buterin.

Epic fail? Well, not quite.

Elon might have been disproven in his statements about Dogecoin, but that didn’t stop him from reaching out to Vitalik to re-vamp the Dogecoin Foundation. Back after six years, the Foundation’s advisory board includes Ethereum‘s Buterin and Jared Birchall, head of Musk’s family office, as advisors. The Foundation has stated that it doesn’t have any particular interest in taking control over Dogecoin’s development but to help accelerate its development towards mass adoption.

It’s essential to, at this stage, remember that Elon Musk has a history of support for Bitcoin, as well as, obviously, DogeCoin. While some pointed out that Tesla ended up greatly benefiting from their Bitcoin saga while the market received harsh criticism and significant volatility, many crypto believers still think of Musk as an outsider within the world’s elites.

Musk has publicly disclosed that he holds Bitcoin and DogeCoin and is yet to confirm whether Tesla will accept Bitcoin payments again.

Jack publicly displays his taste for Bitcoin in the social platform of his own making.

Jack Dorsey is, perhaps, one of the most enigmatic figures in the world, not just when it comes to crypto.

Unlike other tech pioneers, every public appearance of Jack Dorsey (particularly within the Trump era) seems to point to the contradiction of having created a platform that snowballed too far out of his or anybody’s control. Meditative, slow-paced and quiet, Dorsey has always seemed reluctant to embrace his role as one of the world’s new leaders.

Regarding his involvement in cryptocurrencies, there are multiple other incognitas: Why the support for Bitcoin and not Ethereum or another? Why doesn’t he contribute directly to the adoption of Bitcoin from his role? Can a man running one of History’s most important centralized platforms really be pro-decentralization?

And well, can he?

Recently, Twitter gave Bluesky, its decentralized social networking effort, its first significant update since 2019. Long in the books, the project released an overview of its target for a decentralized web ecosystem. Along with it, the statement disclosed that Bluesky is actively looking for a team lead in the next couple of months.

About this, Dorsey said: “We are trying to do our part by funding an initiative around an open decentralized standard for social media. Our goal is to be a client of that standard for the public conversation layer of the internet.”

And, as it turns out, this effort to create a decentralized social network standard found a project lead relatively quickly. This is none other than the creator of Happening, a site for social event creation and invitations, Jay Graber. In her public profile, Jay has publicly stated her amazement at the expectations surrounding Bluesky.

However, this is about as blue as the sky gets.

The Bluesky project hasn’t been at all transparent from its inception. Even after the latest announcement, the project website’s front page shows, simply, the following text:

“The web. Email. RSS feeds. XMPP chats. What all these technologies had in common is they allowed people to freely interact and create content, without intermediaries.

We’re focusing on re-building the social web by connecting disconnected silos and returning control of the social experience to users. Our mission is to develop and drive the adoption of technologies for open and decentralized public conversation.”

There is not much public information regarding the Bluesky project. Although those used to reading between the lines might pick up a theme, the specifics remain obscure enough for the decentralized world to continue wondering about it.

There are theories about Jack treading (or threading?) carefully, trying not to upset Twitter’s shareholders. However, this hasn’t stopped him from fighting the Bitcoin fight from another one of his trenches.

Square, also founded by Jack, is a commerce ecosystem. It allows sellers to accept debit and credit card payments. They have two segments, Cash App and Seller. Seller involves payment services, financial software, hardware and financial services products. It involves over 30 products. Cash App, on the other hand, is involved with Peer-to-Peer transactions and micropayments.

Both during its appearance on “The B-word” alongside Elon Musk and on his own profile, Dorsey has announced that Square is working on a hardware wallet for Bitcoin. This was first hinted at in a tweetstorm, as you could imagine. Within the B-word event, Dorsey showcased his enthusiasm about this product, elaborating on his perception that facilitating the ownership of Bitcoin would accelerate its adoption.

Dorsey also showed a Bitcoin clock while testifying before Congress, and famously said he’d be working on the network were it not for his other occupations.

So, should we be wary, or happy about Jack and Elon jumping into crypto?

You can find the full episode featuring ‘Brian of London’, who is leading a class action against Facebook, here!

It’s without a doubt that the infamous Libra saga, led by Facebook and Mark Zuckerberg, left a bitter taste when it comes to tech giants in the mouths of crypto believers. It also gave the U.S. government a fresh taste of reality regarding tech giants and cryptocurrencies.

The Internet, as it does, might argue about whether Musk and Jack have their heart in the right place or not. We, however, might opt for a wait-and-see stance: We have enough information to understand the angles everyone is coming from and what they might represent. And so, we might do well to start representing them as individuals with their own goals and motivations, as well as flaws. The term ‘tech billionaires’ leading ‘mega-corporations’ might not cut it to describe the complexity of this situation.

On the one hand, Elon Musk’s ultimate goal seems to be to accelerate the adoption of DogeCoin and take Bitcoin to a place where it can become sustainable enough to be associated with Tesla. On the other, Jack seems to believe in the power of decentralization far beyond their financial applications.

If you want to take home a closing thought, make it this one: In a perfect universe, decentralization as a philosophy wouldn’t have to sneak behind the door of our institutions and companies. However, in our world, it does. Therefore, it might be a good sign to see more and more world leaders tuning into what we think are the technologies of the future.

Carlos Cano is D-CORE's Creative Lead and host of the Blockchain People podcast on D-CORE's platforms. He is a digital nomad and is responsible for all the creative materials you see from D-CORE. You can find him on Twitter.
August 4, 2021